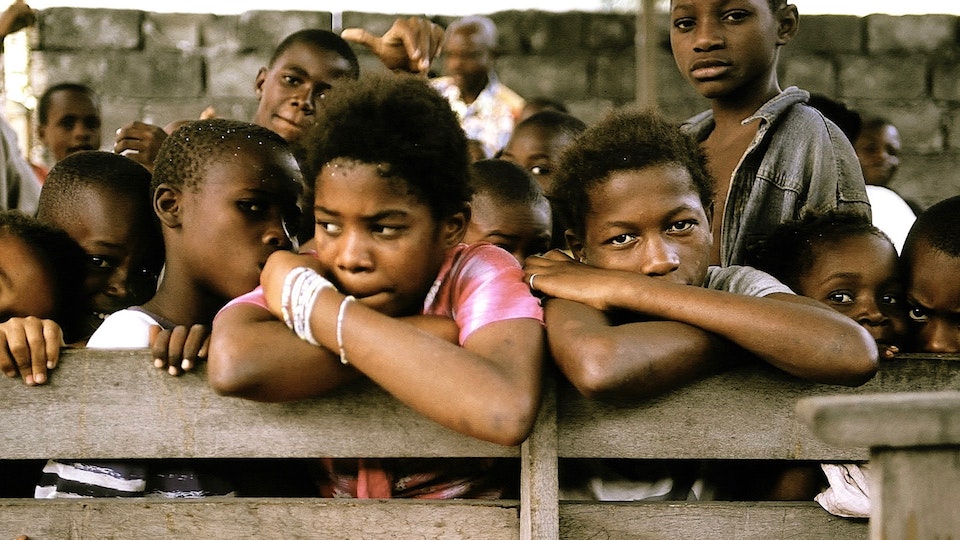 The Forgotten Children of Congo

I travelled to Democratic Republic of Congo (DRC) with friend and colleague Alex Tweedle to make a documentary 'Forgotten Children of Congo'. This was a self funded project to go to one of the most troubled countries in the world to see and film for ourselves the impact decades of war, dictatorship and colonialism had on this country. We were particularly interested in the country's children - many of whom have become conscripts in an army. Others, believed to be witches, have been thrown out of the family home to join an estimated 25 thousand street children who live in the capital city of Kinshasa.

Congo is the size of western Europe and is one of richest countries in the world in terms of its mineral wealth i.e; gold, copper , diamonds, coltan and uranium and yet its people remain one of the poorest. Congo is still fighting the largest war since WW2 - an estimated 5 million people have died through war, disease and famine since 1998.

One of the more recent phenomenas of the country, and one indeed that is sweeping Africa, is that of 'child witches'. The label 'witch' is given to the child usually by the local pastor, who will ask the family for what little money they have to exorcise the demon from the child.

Such is the hysteria about this phenomenon that in most cases the family agree to try and rid the child from being a witch though the pastor's exorcism. This ceremony can take from hours through to days and, from our experience, includes the child being drugged and made to confess - failure to do so only increases the amount of suffering the child will go through. Ultimately if the child does not confess, or the family cannot pay the pastor, the child will be thrown out of the home for fear of attacks from villagers who believe the child will curse the rest of the village. In our experience we found many children who had been brutally maimed or killed for such a reason.