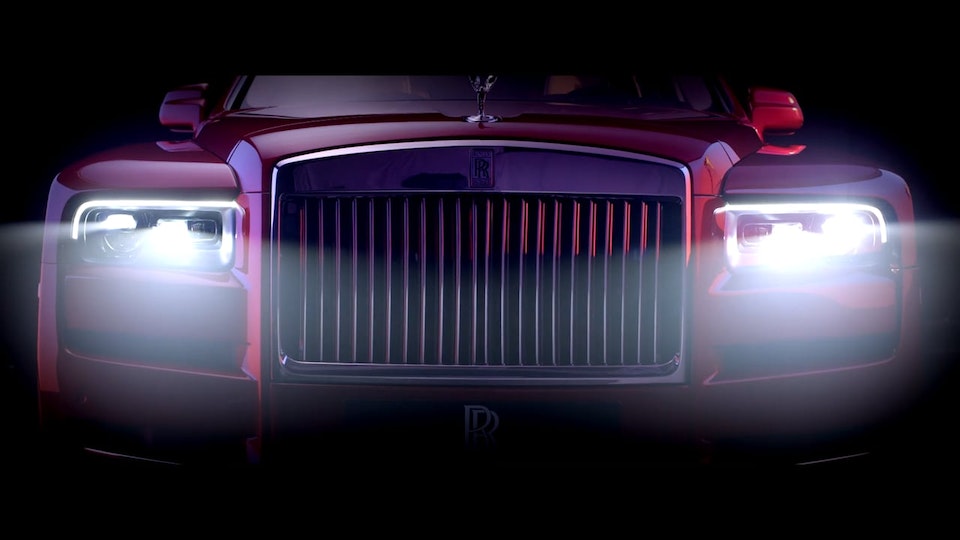 I was commissioned to shoot a brand new type of Rolls-Royce car. This first high-bodied, all-terrain SUV has been named the Rolls-Royce Cullinan.

The Global Launch Film for Rolls-Royce would provide the first worldwide unveiling of the vehicle in all its glory.

To show off the cars credentials we filmed in the Highlands of Scotland, the Austrian Alps and the Arabian Peninsula. Additional filming took place in Goodwood, the home of Rolls Royce, as well as studios in London.

For our location shots we trialed the new DJI Ronin 2 and Flowcine Blackarm setup for our base chase vehicle. Acquisition comprised of filming on Red Helium 8k with Arri primes and zooms.

The 'moving' studio shots of were achieved by surrounding the car with huge LED screens and playing animated footage through them. Due to the precise nature of some of the camera moves, and some sfx requirements,  we used both the Titan and Milo Motion Control rigs with various lenses including an Arri periscope.

The final launch film was shown live to a global audience in May 2018 and is now being shown within Rolls-Royce dealerships around the world.